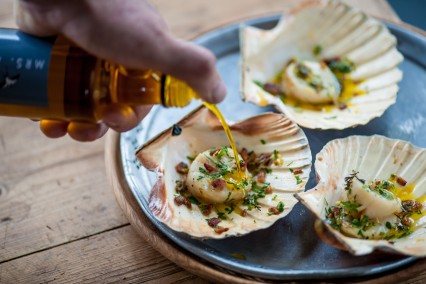 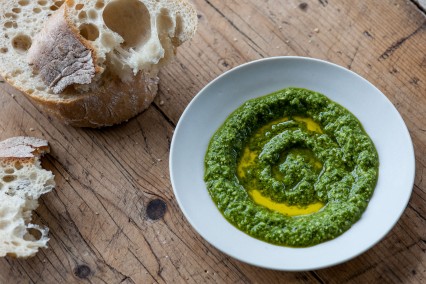 Two sisters, who live 300 miles apart, have joined together to launch a cold-pressed rapeseed oil produced from the seed grown on the family farm.

Whizz Middleton of Barton Hill Farm in Bedfordshire and her sister Ellie Michell who lives near Wadebridge, Cornwall, are collaborating to produce and distribute Mrs Middleton’s Cold Pressed Rapeseed Oil.

The rapeseed is grown on the 2,000 acre Barton Hill Farm, which surrounds the Barton Hills Nature Reserve in Bedfordshire. The farm boasts some of the best arable land in the country, producing top quality rapeseed, wheat and barley.

Whizz and Ellie grew up on the farm and are the daughters of Brian Shaw, whose family has been working the land on the border of Bedfordshire and Hertfordshire since the 1890s.

The oil is named after Whizz Middleton, who is a partner of the T C Shaw and Sons family farm. She said: “The idea of producing our own cold-pressed rapeseed oil has been in the back of our minds for a few years and we decided that now was the ideal time to embark upon a new venture. I grow the crop and organise the production whilst Ellie handles the marketing and branding so it seemed like the perfect combination.

“We have been thrilled with the response we’ve had. We produced our first trial batch in December last year and it is already on the menus of some top restaurants from London to Cornwall.”

Cold-pressed rapeseed oil is becoming increasingly popular as chefs and home-cooks discover how healthy, tasty and versatile it can be. With only half the saturated fats of extra virgin olive oil and high levels of omegas 3, 6 and 9, essential fatty acids and vitamin E, it is an ideal British alternative to European olive oils.

The smoke point of cold-pressed rapeseed oil is approximately 40 degrees hotter than that of extra virgin olive oil, which means that it can be used at higher temperatures for frying, baking and roasting in addition to creating dressings and drizzles.

Partner Ellie Michell said: “We have tried and tested lots of recipes using our oil, many of which have been provided by chefs to appear on our website. The nutty flavour of the oil really enhances pesto and homemade mayonnaise, while it is also great in breads and cakes. I still think my favourite way of using the oil is to dunk some fresh bread into it – it’s so moreish.

“We’ve been so pleased with the feedback from chefs who have sampled the oil. It has been described as the “double cream of oil” due to its rich, creamy texture and complimented on its floral aroma and subtle nutty flavour.”

The oil is currently stocked at around 25 farm shops and delicatessens across the UK and is also on the menu at restaurants including Michelin-starred restaurant Paris House in Woburn, Bedfordshire; five-star hotel with a two AA rosette restaurant, Luton Hoo; The Clarendon in Chandler’s Cross; Angela Hartnett’s Whitechapel Gallery Dining Room in London; Tides in Rock, Cornwall and The Harbour in Port Isaac, Cornwall.

More information can be found at www.mrsmiddleton.co.uk. Follow Mrs Middleton’s on Twitter@MrsMiddletonOil or on Facebook/mrsmiddletons. 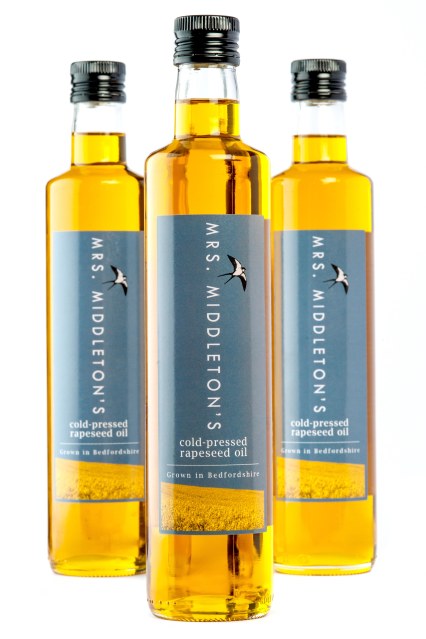 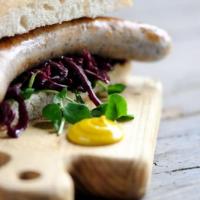 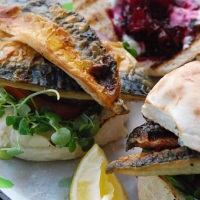 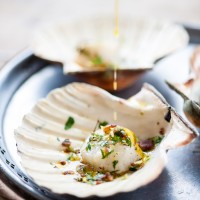 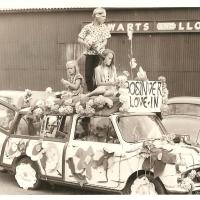